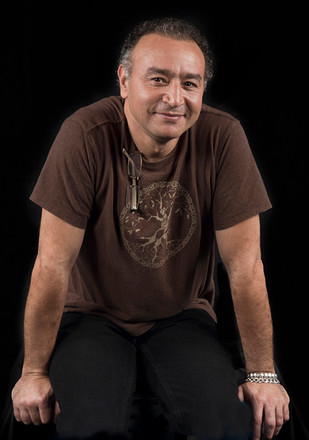 Born in Casablanca, Morocco, my interest in photography started at the young age of fourteen.I began to shoot with a plastic Diana camera and grew fond of hanging out in a friends darkroom and photo studio. As the years passed my desire to learn more about the art of photography led me to study portraiture and commercial photography in Austin Texas. I discovered my passion for the art of Photography and developed an affinity for black and white and printing technics ..

Subsequently,I moved to Hollywood, California, where I sharpened my printing skills while gaining ground in the photographic community nationwide. I printed for major movie studios such as Universal, Warner Brothers, and Paramount. And also had the opportunity to collaborate with such notable photographers as Howard Bingham, Horace Bristol, Gordon Parks, Greg Gorman, William Claxton, Peggy Sirota, Herb Ritts, Steven Arnold , Mathew Rolston and many others. These experiences were invaluable in the sense that I had a front seat at their vision and photographic approach as well as the complexities of the way they put their photographic skills on film.

Today I am exploring other areas of photography. Using the camera as a tool with both film and digital for painting photographically. This exhibit is a photographic culture shock of sorts. Blending a collection of images taken over the years from my native Moroccan heritage and my adopted American culture. It is from this diversity that these images were created. An expression from within...